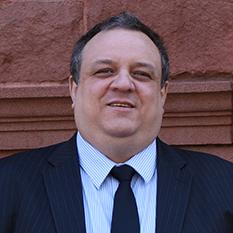 Dragomir Radev, the A. Bartlett Giamatti Professor of Computer Science, has been awarded the 2022 Distinguished Service Award from the Association for Computational Linguistics (ACL).  The award recognizes an individual for extraordinary and extended service to the computational linguistics research community.   Radev’s contributions to ACL span nearly 30 years, serving as ACL secretary for two terms, NAACL treasurer for two terms, webmaster, and publications chair for ACL and NAACL multiple times. Radev also co-founded the North American Computational Linguistics Open Competition (formerly called the North American Computational Linguistics Olympiad). His role in NACLO is extensive, serving as program chair, webmaster, and coach showing Radev’s dedication to education of the next generation of ACL scholars and to international cooperation.

Radev received his Ph.D. in 1999 from Columbia University and joined the Yale School of Engineering & Applied Science faculty in 2017. He leads the Natural Language Processing (NLP) lab at Yale, focusing his research on artificial intelligence, computational models for natural language understanding and generation, as well as their applications. His long-term goal is to build an infrastructure for computers and humans to interact in a fluent and natural way as well as using NLP to develop educational applications.  In addition to the ACL Distinguished Service Award, Radev is also a Fellow of the ACL, the Association for Computing Machinery (ACM), the Association for the Advancement of Artificial Intelligence (AAAI), and the American Association for the Advancement of Science (AAAS).