Home » Physician Networks And Use Of Cancer Therapies

Physician Networks And Use Of Cancer Therapies 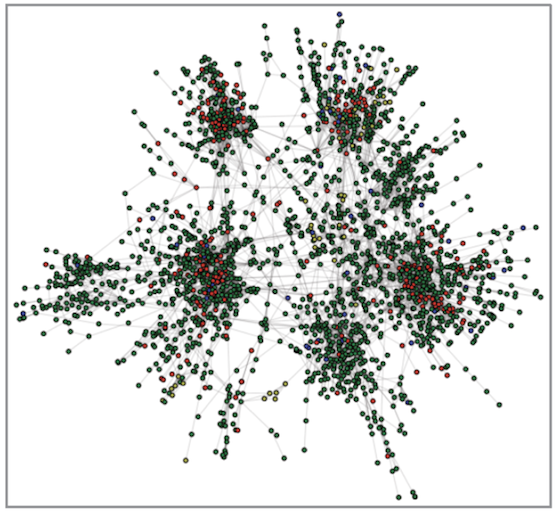 In this pilot project, the investigators created oncologist-oncologist networks based on shared patients using data from the National Cancer Institute (NCI)’s Surveillance, Epidemiology, and End-Results (SEER)-Medicare program. To do this, they identified 8,924 elderly Medicare patients who were diagnosed with stage IV colorectal cancer (CRC) in one of 15 geographically distinct regions of the United States between 1993-2007 and received at least one of six specific chemotherapy agents in the year following diagnosis. The agents are 5-fluorouracil, irinotecan, capecitabine, oxaliplatin, bevacizumab, and C225. They determined that 2,830 distinct oncologists were involved in these patients’ care and observed 6,700 unique oncologist-oncologist pairs (i.e., situations in which two oncologists provide care to the same patient during the observation period 1993–2009).

This project is novel in applying network theory and methods to specialized physicians (i.e., oncologists) to study the medical care elderly cancer patients receive. The investigators are using a population-level data source to evaluate whether cutting-edge cancer therapies propagate along oncologist-oncologist networks and the role (if any) that oncologist-affiliation with NCI designated cancer centers play in this propagation. A better understanding of how new treatment options propagate through physician social networks is relevant to improving quality of care delivered to patients.