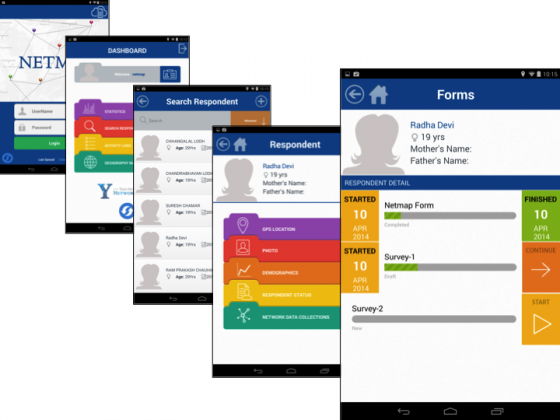 This pilot project entailed the development of a new social network data collection software tool called Netriks. The new version of the tool was successfully completed and is capable of capturing entire social networks among all kinds of populations, including those that may not be used to formal questionnaires (e.g., traditional, pre-literate societies) or who may be better able to use a picture-based method of network identification (e.g., low-literate populations, school children, elderly nursing home residents with mild dementia, etc.). In addition to using a picture-based method of data collection to characterize the population of interest, the new version of Netriks also incorporates a number of other new features: a user-friendly method for manipulating the population list (including two ways to enter the population list, through the Netriks GUI or, if properly formatted, through the back-end PHP and SQL architecture); new front-end database operability; and GPS capability allowing geographic information about each member of the study population to be stored and linked to that individual. We believe that this latter functionality will be especially useful in the study of small towns and villages, where an entire population could be mapped in space.

The improved version of Netriks has already been used successfully, including in other pilot projects funded by our Roybal Center. Both these pilots involved sociocentric studies of rural populations in the developing world, one in Uganda (see § B.2.3.) and one in Honduras (see § B.2.4.). In addition, the method has proved so useful and important that the Roybal Center PI has obtained additional funding from the Robert Wood Johnson Foundation to further develop and refine the tool. A new version (now called “NetMap”) is currently under development for use on hand-held tablets (see sample screen captures below). As with Netriks, NetMap will be suitable for use in remote settings and by data collectors who have relatively little training with sophisticated electronic devices. In fact, we have been successful in training data collectors who had no prior experience using computers at all.