Diffusion Of Health Interventions Across Social Networks In Honduran Villages 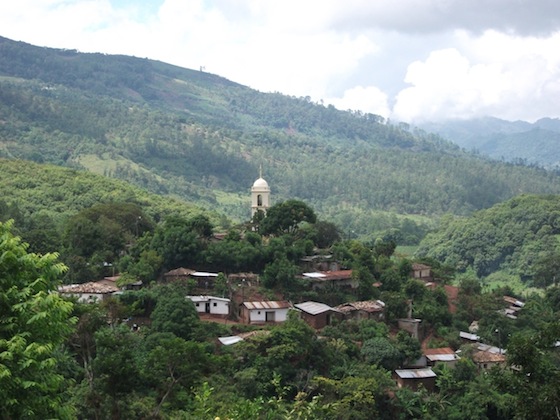 This study aimed to assess the potential of social network-based targeting to improve the dissemination of public health interventions. In 32 villages in rural Honduras, we conducted a randomized controlled trial of network-based public health interventions: chlorine for water purification and multivitamins for micronutrient deficiencies. In one third of the villages chosen at random, interventions were introduced to a 5% random sample of villagers. In another third of the villages, interventions were introduced to the 5% of villagers with the highest “degree,” in social network terms (i.e., the most social ties). In the remaining villages, interventions were targeted at the nominated friends of randomly selected villagers (to exploit the “friendship paradox” of social networks, whereby a sample of nominated friends is more central in the network relative to the random sample who nominated them). We measured the dissemination of the products and of changes in knowledge and behavior related to them. We also compared rates of product adoption and associated health knowledge across the three methods of network targeting.

Targeting the most highly connected individuals produced no greater spillovers of knowledge and behavior than random targeting for either intervention. Targeting nominated friends, however, increased population-level adoption of a nutritional intervention by 12.2%, compared to control populations. This study suggests that introducing certain health interventions to the nominated friends of randomly selected individuals can enhance the diffusion of those interventions by exploiting properties of human social networks, without requiring that the networks be known. Such methods may prove most useful in settings in which limited resources render population saturation interventions infeasible, but these methods can also improve the efficiency and cost-effectiveness of interventions even when populations and networks are known. Deploying certain types of health interventions via network targeting, without increasing the number of people targeted or the resources used, may enhance the spread and adoption of those interventions, and thereby improve population health. Furthermore, such methods of targeting public health messaging or interventions may be much more cost effective to governments and other entities interested in promoting salubrious behaviors and technologies.